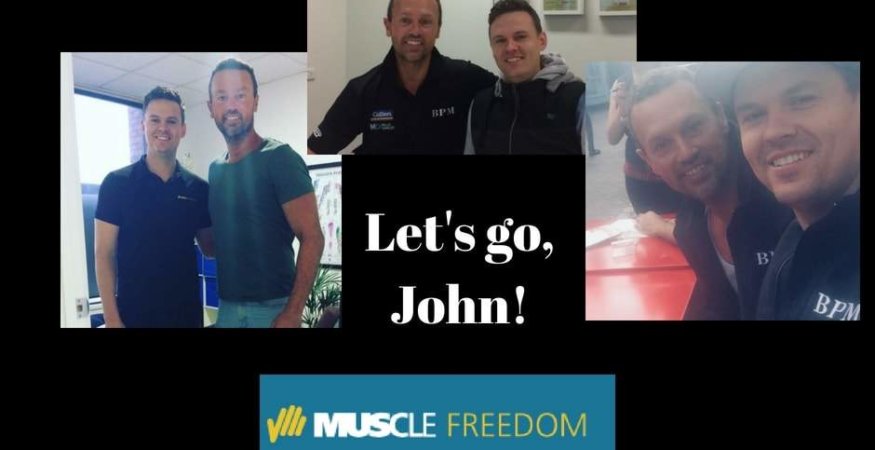 Published on August 29, 2018 - This post currently has no comments

In September, Sam will support legendary endurance athlete John van Wisse in his mission to reclaim the world record for one of the toughest ultra triathlon events on the planet – the Enduroman Arch to Arc. Here’s the lowdown on what’s happening. 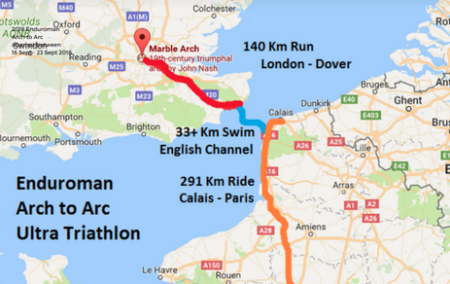 The gruelling 483km Eduroman Arch to Arc consists of:

* A 140km run from London’s Marble Arch to Dover

* A 34km swim across the English Channel; and

* A 291km bike ride from Calais to the Arc de Triomphe in Paris.

The event is considered one of the most physically and mentally demanding races in the world.

Van Wisse will have a one-week window starting September 16 to begin the race. His goal is to achieve a finish time of 51 hours or less.

Sam will be on hand to make sure van Wisse’s body is ready for the challenge. “I’ll be providing assistance during the run and cycle legs to keep him moving,” Sam said. “Most of the work we do with John is in the weeks leading up to the event at the clinic in Black Rock. During the event, the focus will be to help his muscles recover and prevent injury or cramping.”

Van Wisse thanked Muscle Freedom for the support. “I’ve never felt so good running and riding as I have since beginning treatment at Muscle Freedom,” he said. “The guys there are really focused on keeping my mobility up. I’m feeling better and recovering faster with their treatments.”

On August 29, 2014, van Wisse set a world record for the Enduroman. He finished the race in 61 hours and 27 minutes, beating the previous world record holder by more than 12 hours. This was despite multiple challenges, including getting lost twice during the run through London; being mistaken for an illegal immigrant when he began his swim in Dover; and battling horrendous swimming conditions due to the tail end of a hurricane in the North Atlantic.

“I have not met another single person that could have swum the English Channel in the time John achieved in the conditions he had on the day,” Enduroman founder Edgar Ette said.

In June 2016, Frenchman Cyril Blanchard beat van Wisse’s record with a time of 59 hours and 56 minutes. He actually ran and swam slower than van Wisse, but took less rest and ride time.

Now it’s time for van Wisse to reclaim the title. With approximately 20 Ironman triathlons and multiple marathon swim competitions under his belt, he’s in good shape to do so.