7 places to see before you die

7 places to see before you die

Published on June 4, 2016 - This post currently has no comments

For many, Winter is a time for catching up on the latest TV shows, sipping on hot chocolates and daydreaming about their next travel escape. In fact, you may have noticed I have my travel photos on display in the treatment room at Muscle Freedom to remind me of those happy escapades and to inspire future adventures. My wife and I were lucky enough to travel the globe fairly extensively for three years before settling in Melbourne, so I thought I would share with you my top 7 travel destinations and why I would recommend you visit them:

1) CUBA for its uniqueness

We’ve all heard the stories about travelling back in time when you visit this Caribbean island nation, but there is nothing quite like seeing it for yourself. Trinidad was our highlight. Vintage cars from the 1950s tootle along cobblestone streets lined with pastel-coloured, Colonial-era architecture. Locals sip rum and smoke cigars before breaking into salsa in the street. Cuba really should be on everyone’s bucket list, and with the recent developments between America and Cuba, now is the time to visit.

2) LAOS for its people

Unfortunately, Laos copped a lot of negative press after several Australians drowned in the Nam Song River in Vang Vieng. However, if you avoid the magic mushrooms and lay off the booze, you should be safe. There is so much more to see in this Southeast Asian nation, including beautiful French colonial architecture, rolling mountains, Buddhist Monasteries and hill tribe settlements. Luang Prabang was our favourite spot and what struck us was how lovely the people were. I remember leaving my wallet in a massage parlour (a G-rated one, I assure you) and the woman chased me down in the street to return it.

3) ZIMBABWE for its animals

If you can put aside the political turmoil that has plagued Zimbabwe, this southern African country offers so many attractions. A trip to the Victoria Falls – one of the Seven Natural Wonders of the World – is obviously a must. The Africans call the falls “Mosi-oa-Tunya”, the smoke that thunders, and to see them will leave you breathless. There are plenty of great safari parks to explore, but our favourite was Imire, 1.5 hours drive from Harare. A rather famous brat pack live there – an orphaned rhino called Tatenda, a hyena and a warthog. The trio formed an unlikely bond when their mothers were killed. Theirs is a beautiful story. 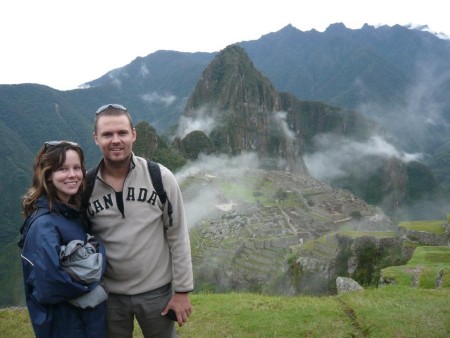 Machu Picchu in all its glory.

4) PERU for its diversity

In terms of diversity, you can’t beat Peru. With ancient ruins such as Machu Picchu, spectacular beaches, incredible desert-scapes (and sandboarding!), colourful people, and a rich cultural offering, it’s a must-see destination. No trip to South America is complete without exploring Peru.

5) CANADA for its natural beauty

We lived in the Rockies for a year, so we are probably biased, but Canada has arguably the most spectacular natural scenery on the globe. 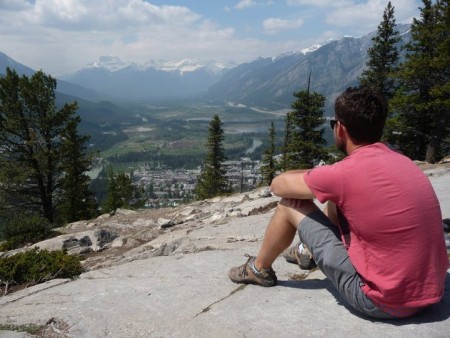 Beautiful green and blue lakes lie beneath towering snow-capped mountains. Both the west and east coast have so much to offer, and the people hold true to their reputation of being some of the nicest on the planet.

6) COLOMBIA for its implants

Say what? Did I read that correctly? Yes, my friend, you did. Colombia has many fantastic tourist attractions, including stunning coffee-growing regions, lush rainforests, sun-drenched beaches in the north, sexy salsa scenes and a deadly yet intriguing history thanks to the infamous Pablo Escobar. However, what we found most fascinating were the butt implants that were everywhere. Kim Kardashian has nothing on these Latinas. I’ve never seen anything like it and I doubt I ever will again.

7) MALTA for its history

The magical melting pot that is the small Mediterranean island of Malta features a history as colourful as its landscape, turquoise lagoons, charming people and delicious food. We particularly loved visiting the National War Museum in Valletta and learning about life for the Maltese during WWII. Did you know the people of Malta were awarded the George Cross for their heroic struggle against occupation? It was the first time such an honour was bestowed upon an entire community.