Crossing the English Channel by Carr 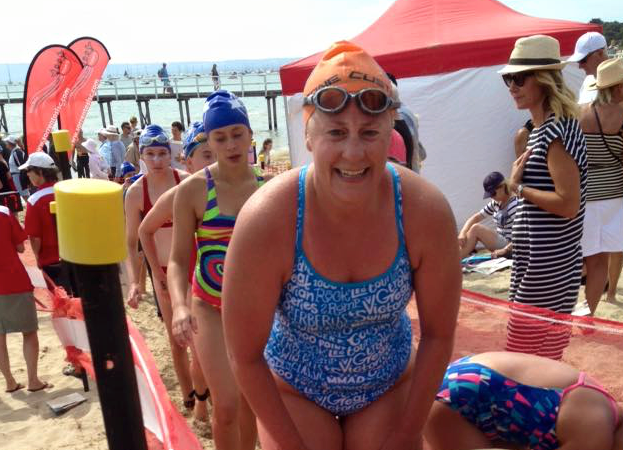 Crossing the English Channel by Carr

Published on June 17, 2016 - This post currently has no comments

You’ve been swimming for hours on end, your body is cold and aching, and there’s no sign of land in sight.

You’ve had to dodge jellyfish and ships as you traverse your way through the world’s busiest shipping lane.

You’re exhausted, but you’ve been training for this moment for years, and you know you must go on – you will go on and you will make it to the other side.

This is the scenario that will be a reality for 43-year-old Elsternwick local, Sadie Carr, who is gearing up to swim across the English Channel later this year.

Some might wonder what drives people to do such a thing, but for Sadie the answer is simple.

She is raising money for two charities that are extremely close to her heart: The Walter and Eliza Hall Institute of Medical Research and the Will Murray Trust.

In fact, Sadie decided to take on the English Channel after losing a beloved family friend to cancer.

And it was the grandfather of Will Murray, the 14-year-old who became a quadriplegic in January after jumping off the pier at Half Moon Bay, who encouraged Sadie to become an open water swimmer.

Sadie has a window between September 7 and 14, during which the weather and tidal conditions will be in her favour to swim from England to France.

“It’s up to the weather gods as to when you go,” she said.

“I’m on a really low tide, which means less water is moving, which in theory means you should cross quicker because your line will be straighter.”

“You really need to have built up your cold tolerance, because I’m mentally preparing for up to 15 hours in the water, and the water temperature is 15 to 16 degrees,” she said.

“I’ve put on 10kg for the occasion to keep me warm.

“Hypothermia is the big thing you need to be careful of. The longer you’re out there, the more that can go wrong.

“There are no sharks, so it’s really just jellyfish and you might cop a few stings but they’re not dangerous ones.”

Sadie’s support crew will include her sister and a mate, and they will be with her every stroke of the way.

Muscle Freedom are proud to be sponsoring Sadie and providing fortnightly remedial massage treatments to prepare her arms for the epic swim.

We wish her all the best on her adventure, and would encourage you to get behind her by donating and liking her Facebook page: ‘Crossing the English Channel by Carr’.

To donate, go to: https://www.mycause.com.au/page/127187/crossing-the-english-channel-by-carr